All of you that know me, know how strongly I advocate for this cause….I have spent many, many, hours at the helm of whatever medium was at my disposal to get this message out there. So many others have done the same…our prayers have been heard and answered~

This is the starting point that can change years of wrongs and start a nation on the road to better health.

Thanks to Mike Adams at Natural News for his ever and unwavering dedication to stand-up for what is right by exposing what is wrong…Mike must be dancing in the street! http://www.naturalnews.com

(NaturalNews) When a government panel of experts finds the courage to tell the truth about cancer, it’s an event so rare that it becomes newsworthy. Late last week, a report from the President’s Cancer Panel (PCP) broke ranks with the sick-care cancer establishment and dared to say something that natural health advocates have been warning about for decades: That Americans are “bombarded” with cancer-causing chemicals and radiation, and if we hope to reduce cancer rates, we must eliminate cancer-causing chemicals in foods, medicines, personal care products and our work and home environments.

In a directive to President Obama, the report states, “The panel urges you most strongly to use the power of your office to remove the carcinogens and other toxins from our food, water, and air that needlessly increase healthcare costs, cripple our nation’s productivity, and devastate American lives.”

Please…read the full report and share with us and everyone you know …this awesome news.

A Mighty May indeed~

PS: I am happy to say when the Health Care reform bill was being tossed about…I sent a letter to our president suggesting this same action…instead of spending untold sums of money on “health care”…consider putting that money and that energy into cleaning up our food sources…we would then have much less need for health care at the critical stages we now have. 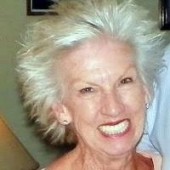 The Year Of Change-Will You Be A Leader …

Video Shows How to Go Solar on a Budget