Voga Italia, the purveyor of meticulously crafted, eye-catching wines imported from Italy by Enovation Brands , announces the addition of Prosecco to its extensive collection.

Made primarily in the district of Veneto near the town of Conegliano, Voga’s Prosecco is produced with an extended Charmat method, to improve its great perlage, and is refreshingly balanced with an explosion of citrusy fruit flavors.

Voga Italia hails from Italy, the country best known for producing some of the world’s best wine, as well as for its’ keen sense of style. Voga Italia’s collection encompasses crisp, delicious wines thoughtfully packaged in a revolutionary designed bottle featuring a unique resealable cap. Since the company’s inception, Voga has earned numerous awards and accolades for its sleek and sexy glass cylindrical bottle, presentation and most importantly taste. The collection includes Pinot Grigio, Merlot, Moscato, Sparkling and Baby Sparkling, Dolce Rosso and now Prosecco. Voga is available in hundreds of major cities in over 70 countries, and can be found in thousands of the world’s trendiest bars, restaurants and shops. Wherever, whenever, if you are drinking Voga you are drinking IN Style. 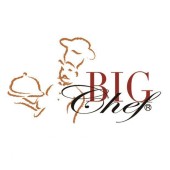 The Brazilian-born, business owner is inspired by her mother’s accomplishments as an award-winning chef and published cookbook author and her father’s successful attitude and leadership; Santos has combined her business expertise and food interest with Mano Calambichis, her husband and business partner, leading to the acquisition of BIGCHEF in 2003. In addition to being CEO of BIGCHEF, Rosana is the author of two books: The Ultimate Appetizer and The Ultimate Feast. Her passion for dining extends beyond work to her personal life, making entertaining guests a favorite past time. Learn more at www.bigchefonline.com.

Go for Festive, Healthy Hors d’Oeuvres at Your Next Event