Tell us about your business?

Along with being a full-time musician, I own and manage a music production company and recording studio in Tempe, Arizona called TopKat Music, where my composing and recording take place. Alongside my recording career, I write children songs, theme songs for videos, and piano scores for advertising agencies. I love performing, so any chance I get, I’m performing for high-end events, concerts, and top venues.

I was formerly a Senior Level Computer Programming Engineer for one of the biggest Defense Contractors in the United States, but there is a part of me that needs to be in front of people playing my own music and touching people’s lives through my music.

Please tell us what being a business owner means to you and why you became an entrepreneur in the first place?

As a business owner, you have to have courage to get out in front of people who may or may not like you. Being a performing artist, you’re sharing a bit of your soul out there. People are going to like you or not like you. For the most part, I haven’t encountered many haters, but they exist. But you know, the main thing is that I know that I have the strength to do it if I can go through some of these things that I’ve been through. I’ve written songs that allude to those experiences and feelings of being in the darkness. I know that I’m a strong person having gone through all that.

I always thought I was a creative, talented, smart person, and we develop different gifts. I ended up going into engineering to make a “living” – so it was safe, right? I decided I wanted to be a musician and so I left engineering to forge my music career and create my own business as a singer, pianist, and working musician. Then I decided that I can’t just do cover songs all the time because I’ll lose my mind. I have to record my own stuff. Now it’ll be 2 years in June since I finally released my own stuff.

What or who has been your greatest influence in business and why?

People who have come out of difficult circumstances and achieved great things are my greatest business influences. My latest is Julia Childs who didn’t even start cooking until the age of 37. She couldn’t cook. She was a rich girl. She worked extremely hard, and by the time she was 50, she finally got her show. I have so much respect for her. She was true to herself, and she was smart. Those kinds of things inspire me all the time – stories of people being successful in spite of the odds or difficulties. That’s so influential to me.

Because I’m Christian, my absolute greatest influence has been the idea that what happens here, doesn’t matter. It doesn’t matter if I become famous or if I’m nobody. What matters is what I do with the gifts I’ve been given, and how I deal with the relationships in my life. That is the most important thing. So whenever I get discouraged or feel like it’s hopeless, I just remember that when I die, God isn’t going to care if I was this, that, or whatever. I love how Mother Theresa said it. She said something like “God didn’t call me to be successful, God called me to be faithful.”

So I’m trying to be faithful to my gifts and do the best I can. I wrote a lot of Christian music and this particular album is secular, but I just know I have to keep going. I have to do it because I have to do it.

What would you say is your greatest professional accomplishment to date?

Leaving engineering and making a living as a musician! I was making $102,000 a year as an Engineer, but I left all that to live my dream as an artist.

What’s the best advice you have received in business that you wish to pass on to our readers?

Basically if you can do anything besides being an artist, anything, and be happy, please do that. But if you can’t, then do it. Then commit to it, and put your all into it, into being an artist, because it’s hard and sucks sometimes. The highs are high and the lows are so low – sometimes. Just like anything, it’s got its ups and downs. It’s not steady. It’s hard to get a job as an artist and have steady income – even steady gigs dry up. So it’s challenging. I’m just talking from my heart.

What has been the most effective marketing initiatives or programs you have used to promote your business?

The main thing I try to do is get good customer reviews. I think word of mouth marketing is the best way to build a real following, especially with music. I always try to show a genuine interest in my clients and help them solve their problems. This reassures them that they’ve made the right decision in doing business with me, and hopefully it will inspire them to tell their friends about me. I’ve also just begun researching “Guerrilla Music Marketing” concepts.

What one thing have you learned as a small business owner that has served you well over the years?

Any kind of art form that you’re trying to promote and actually earn money from, you need to look at it as a business. It needs to be run that way, and you need to be organized. You need to expand your knowledge and your understanding of things as much as you can, especially with modern technology. If you don’t have modern technology, unless you got somebody holding your hand, you’re going to need to do more yourself.

Are there any resources or tools you’d like to share with other small business owners that have helped you run your business? If yes, please describe.

Basically, I love anything that inspires you to keep going and never give up. For example, I LOVE reading inspiring books. Also, reach out to your community of colleagues and “network” in the sense of building friendships, not just going in with the attitude of “What can you do for me?”

Most resources are specific to music, including:

More general resources for entrepreneurs include:

Finally, here is a short list of some of my favorite books that help me be a better business woman and keep me going when the going gets tough. These authors rock!

How To Win Friends and Influence People – Carnegie, Dale

Do you have any new projects coming up ? If so, please tell us about it.

I’m thrilled to release my first LP album Incognito on May 11, 2013. The album infuses elements of pop, rock, country, and blues influences. All 13 songs on the album are original compositions with lyrics written by executive producer T. Siering. The diversity of music styles on my album is a meditation on the twists and turns of life and the experiences that shape the person we eventually become. I wanted to make music that a lot of people could identify with. The recording process has taught me a lot about songwriting and producing music from my soul that truly represents the lyrics. After dedicating 15 months to the writing and pre-production of the album, including close to 20 demo recordings and a new music video, I was flown to Nashville, Tennessee to record the final tracks at RCA Studio A. Incognito will be available on iTunes, Amazon.com, and Spotify.

What do you do for fun/relaxation?

I love taking bellydancing classes and cooking for my husband. I lift weights, work out a lot, and go hiking quite a bit. My husband and I really enjoy traveling and we’re hoping to take my music on tour.

What is the Number One Business Goal you plan to accomplish over the next year?

Play and tour around and grow enough of a fan base to make a living playing my own music. I also want to release the Christian music that I’ve written that is currently being recorded. My goal is to get as much of my own music out there as possible and continue to compose, to be able to see the world, to travel, and have my music pay for that. I want to do my music, and I want to be able to connect with people.

You want to write a book on believing in yourself and never giving up.

I would give examples of many successful historical figures who have found success despite successive rejections. Maybe I would title it, “Every Majestic Pine Starts as a Small Seed” or something along those lines. I think I would write it as much for myself as for others.

“It is not the critic who counts, not the man who points out how the strong man stumbled or where the doer of deeds could have done them better. The credit belongs to the man who is actually in the arenas; whose face is marred by dust and sweat and blood who strives valiantly; who errs and comes up short again and again; who knows the great enthusiasm, the great devotions, and spends himself in a worthy cause; who at the best knows in the end the triumph of high achievements; and who, at the worst, if he fails, at least fails while daring greatly; so that his place shall never be with those cold and timid souls who know neither defeat nor victory.” – Theodore Roosevelt (April 10, 1899)

Don’t ever give up on your dreams!

What’s the best way for our readers to connect with you? 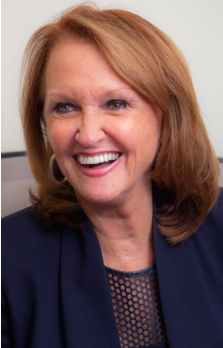 The Influence of Vicki Escarra