From Orphan to Triumph

Not being wanted…I know the feeling so well. Feeling lost and like life has no purpose for living. I didn’t know why my mother and father didn’t want me. The pain of feeling neglected was beyond what a child could bare.

What did I do wrong? Why was I born? That was what I use to say to myself in those dark days of growing up without my biological mother or father. Changes in life were inevitable. Each change seem more dark and painful.

Growing up as an orphan of the state of Louisiana, I never had any true identity or existence except the one my mother gave me on the birth certificate. For 16 years I celebrated my birth-date on the wrong date. Thinking I was born on one day that was a day later then my real birth-date. I use to wonder why I would be living in a world that had no existence. Even under the guardianship of my Aunt and Uncle, there was no true identity for Lawanda. Childhood molestation and depression took the very little identity I had for survival. My life was always in the hands of survival mode. The odds were always constantly against me. Each time I would have a little glimpse of victory; failure would surface. I wanted so bad to be free, not only from life but from my own inner demons of depression, neglect and low self-esteem. Due to my background it was always determined that my type would fail in life.

I tried to find a way out of the darkness with Reading and surrounding myself with Education by attending school and writing letters to God. A name that at a young age was passed around like bread at the sought after His name, not knowing who He really was to me. I didn’t know He was a Father to the motherless and fatherless. For years I had allowed society to dictate my destiny. Growing up believing I would never be anything more than a product of the state. My lifestyle had become anything opposite of good; falling into traps and pitfalls of anger, bitterness, unforgiveness and defeat. My battle became mental instability of poverty, success, depression, emotional disturbance, suicidal attempts and many more unforeseen tragedy’s especially after the death of my three year old daughter. The most painful moment in my life. It hurt so bad that I wanted to rip apart my heart to rid myself of the pain.

Her body was so helpless in my arms. I could not save her.  In an effort to figure life out; my attitude became defiant and behavior
rebellious for the human existence toward God; the unknown name. But I kept a huge love for people in my heart. I loved people and didn’t like to see no one suffering. I always kept a smile on my face to show someone that needed to know, I cared for them.

Eventually I fell into the identity of a status quo candidacy, became faithful to mediocrity and settled for anything -thinking I was worth nothing. By the age of 38 I had achieved many avenues of success and failure; three divorces, rape twice, suicidal attempts,
domestic beaten through violence, depression, thyroid cancer and many more tragedies. I had become tired and begin to seek for an existence outside of myself.

Believing in anything besides pain and suffering. In the world; I knew, it was going to be difficult to believe in the impossible. The opportunity surfaced for me when I started seeking for a power higher than the world. Upon seeking God I found that my faith was the key to unlock doors and windows of opportunity beyond any measure of a motionless mindset. I became a very powerful and strong worshiper and prayer warrior.

Deep within my heart I knew there was a place for me beyond an orphan individuality but the only way to get there was to go beyond doubt into faith. The very thing that was my torment became the stairwell to my spiritual leadership calling as a Pastor, Published Author, Philanthropist and Community Servant. I had to see the light that would not be revealed in darkness but only when I surrendered my will to God’s will. From orphan to triumph. Now I am free. My life events was God’s will. In my pain was a divine purpose. I am finally free to experience the beautiful life of peace, joy, love and leaning not to my own understanding but instead on the power of God. I made it at 40 years of age!

I made it completely to God! I broke free from the demons of my past! I made it through hell on earth to triumph with God. I survived to tell my story so someone else can survive.

Meet the Woman in Business Behind the Publicity 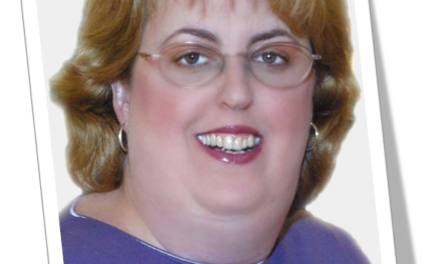